How Can the Police Tell if Someone Is Driving While High? 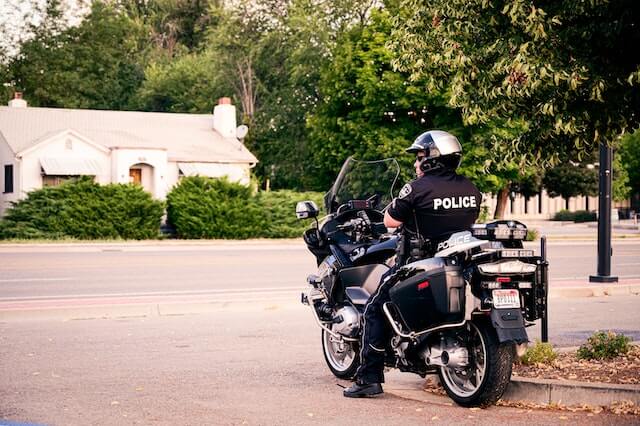 Drug abuse is no laughing matter, and that’s particularly the case in The Volunteer State.

In Tennessee, driving or operating a vehicle while under the influence of drugs or alcohol is illegal. The state’s zero-tolerance laws enforce stiff penalties even for first-time offenders. Although some surrounding states have recently legalized medical and/or recreational marijuana use, Tennessee has yet to follow in trend. So if you’re arrested for driving under the influence of illicit drugs, you will be charged accordingly. But how can a police officer tell if you’re driving high? Even though there is no breath test for drugged driving, there are various ways a police officer can detect an impaired driver. Continue reading this article to learn more about how police officers can tell if someone is driving while high.

As police officers approach your vehicle, they might notice physical evidence of marijuana or other drugs. They might smell the drug or see smoke coming from your car. There are also many physical signs marijuana users may have, including bloodshot eyes, impaired coordination, or reduced reaction time. If a police officer believes you are driving while high, they can ask you for testing.

While breath tests cannot determine whether or not you are high, blood and urine tests can. A police officer can take you in to order a blood or urine test if they think you are driving while high. Although these tests can detect THC levels, they can be inaccurate. Another common defense against chemical tests is that THC can stay in your system for weeks, so your test could detect marijuana in your system even if you were not currently high while driving.

The police can request a drug recognition expert (DRE) to determine whether or not you are high. A DRE uses specific tools and tests to look for signs showing you were under drugs’ influence. For example, they may test your coordination, reaction time, or eye movement control. The results of these evaluations can be used against you in court.

While there are no breath tests for marijuana or other drugs, some police stations have the Dräger DrugTest 5000, which can test for:

What Are the Penalties for Driving While High in Tennessee?

Tennessee law prohibits drunk driving or driving while high. Doing so can result in a DUI charge. The consequences of a DUI charge depend on the severity of the crime or if you have prior DUI convictions.

The penalties are as follows:

Other consequences for a DUI conviction include license revocation, drug, and alcohol treatment, or an ignition interlock device (IID) requirement.

Why You Need a Criminal Defense Attorney

Driving while high is illegal in Tennessee, it is extremely dangerous, often leading to motor vehicle crashes, that can enhance your charges.

Regardless of how great you think your driving skills are, you should never get behind the wheel if you have drugs in your system. A conviction just isn’t worth it. While there is no breath test to detect drugged driving, there are several ways a police officer can tell whether or not you were driving while under the influence. However, it is also important to realize that not all drug tests are accurate or reliable. So, there are many defenses for driving while high. To get help with your case, contact a criminal defense lawyer as soon as you can. An attorney will defend you against the charges and protect your rights and freedoms.

At Pickford Law, we believe in protecting our client’s rights and defending them. We offer personalized service, fast communication, and same-day representation to achieve your desired case outcome. If you or someone you know has been charged or arrested for driving while under the influence in Tennessee, contact a criminal defense lawyer from Pickford Law today to schedule your free consultation.