Arrested for DUI? Here’s What You Need To Know 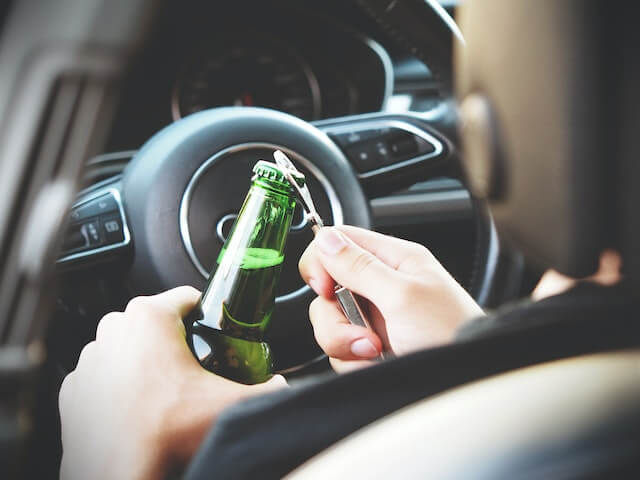 One Friday night, you and your friends decide to go out for dinner. It had been a few weeks since you all got together as a group, so after dinner ends, you all decide to head to a nearby bar. You’re not much of a drinker, but you let loose and have perhaps one too many drinks. Still, you don’t feel drunk. You can walk in a straight line, after all. As the night ends, your friends ask if you need a ride home. You decline, stating that you’re sober. You head home but don’t realize you’re speeding until a siren blares and flashing lights appear in your rearview mirror. A local police officer has reason enough to believe that you’ve been drinking, so they have you take a breathalyzer test. The test results reveal that your blood alcohol content (BAC) level is over the legal limit, so subsequently arrested for driving under the influence (DUI). You’ve never gotten into legal trouble before, so you’re scared, overwhelmed, and don’t know what to do.

What happens next? Continue reading this guide to learn more about what happens after you’ve been arrested for DUI.

What Happens After a DUI Arrest?

If the officer has reason to believe you were driving while impaired, they will typically conduct tests to determine your level of impairment. Based on the results, the officer may arrest you.

The following steps usually occur after a DUI arrest in Tennessee:

An arraignment is a legal process that occurs before your first hearing. At the arraignment, the court will read you, the defendant, your charges. The purpose of this is to make you aware of your rights. You will also be asked to enter a plea of guilty or not guilty. Before your arraignment, you should consult a criminal defense attorney to decide your defense strategy.

A group of 13 people in a grand jury will hear your case. They will then decide if there is enough probable cause to prosecute you. The jury will determine if your case should be presented in a criminal court. Then, the members of the jury will present an indictment. An indictment is a formal charge that states the elements of your crime.

Based on the jury’s decision, your trial may go to criminal court, which is the highest trial court in Tennessee. During this process, the state has to prove guilt beyond a reasonable doubt to a jury of 12 members. In criminal court, you are allowed to have an attorney defend you. If the jury pronounces you guilty, the judge will deliver your sentence.

How Can a DUI Lawyer Help?

After being arrested for a DUI, working with a DUI lawyer is in your best interest. A DUI conviction has harsh consequences, so an attorney will try to get your case dismissed or your sentence reduced. A criminal defense lawyer will also protect your rights and support you through this process. If you’ve been arrested for DUI in Tennessee, you can rely on the criminal defense attorneys at Pickford Law. Our team will aggressively defend you and provide you with personalized service. We are on your side — we want to get you back on track to live out your best possible life.

Contact us today to schedule a no-obligation, free consultation.

What are some defenses for a DUI charge?
Drunk driving is a serious crime that comes with severe consequences. Therefore, it’s important to know about possible defenses for your case. A common defense for DUI cases is that the BAC test results were faulty. Another is if the police did not lawfully arrest you. It’s best practice to consult a lawyer to create a strong defense strategy.